Nidaros Cathedral is Norway's national sanctuary, and was built over the grave of St. Olav, Norway's patron saint.  Construction started in 1070, but the oldest parts still in existence are from the middle of the twelfth century. Ravaged by fire on several occasions, it lay largely in ruins at the time of the Reformation in 1537. The cathedral was rebuilt each time, mainly in the Gothic style, but the oldest parts around the transept reflect the Roman style. In 1869 extensive restorations were begun, and a century later Nidaros was again restored to its original grandeur.  The west wall is the main façade of the church. The axis of the wall shows the crucified Christ in judgement; at the top, Christ enthroned in glory - the church was dedicated to Christ in medieval times, and was called Kristkirken, the Church of Christ. It is richly ornamented in stone, with magnificent stained glass windows from the twentieth century.  From around 1050 until the Reformation this cathedral was an important destination for pilgrims. This tradition has been revived with the opening of the pilgrim way in 1997.  Today the Cathedral continues to attract a great number of visitors. Each year it receive approximately 400,000 tourists from around the globe.   Text from Visitnorway website 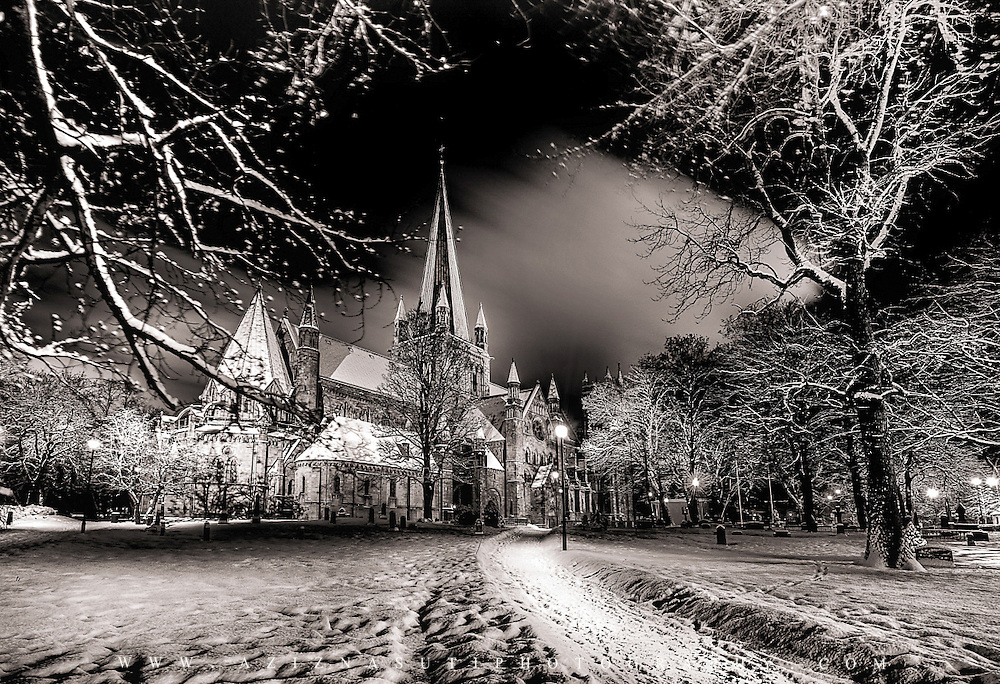